Get Together For BBC Children in Need 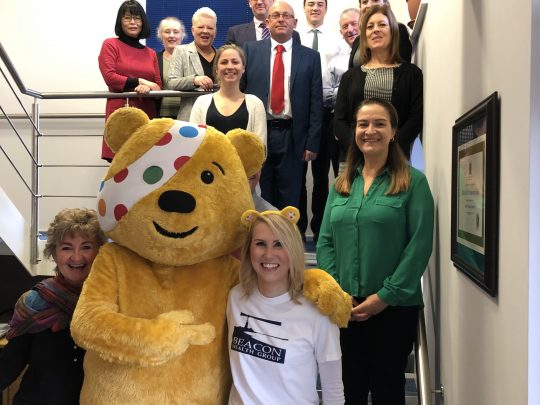 This year Beacon Wealth Group were joined by the BBC as they Celebrated 10 years of escorting BBC’s Pudsey Bear round the local area.

For the 10th year running Beacon Wealth Group teamed up with the BBC and took Pudsey Bear out, having a fun day creating a party atmosphere at the places they visited in St Neots and surrounding areas, on Thursday 7th November 2019.

For over half a century BBC Children in Need have been raising money for young people in the UK that need help. This is the message that was pushed throughout the day on Pudsey Bears visit.

One of Beacon Wealth Groups key goals is to help support the local community. Teaming up with the BBC allows them to raise awareness for an amazing charity whilst bringing the community together.